← more from
SUPERPANG
Get fresh music recommendations delivered to your inbox every Friday.
We've updated our Terms of Use. You can review the changes here. 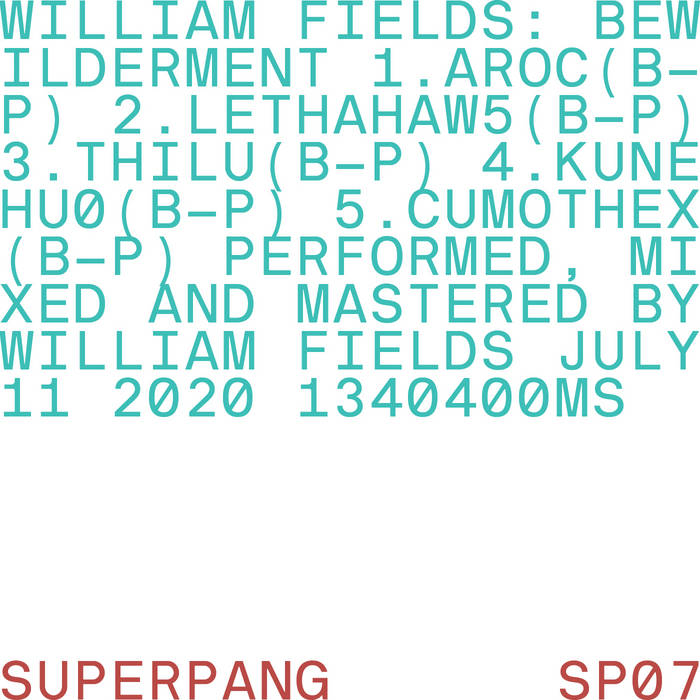 All tracks are performed, mixed, and mastered by William Fields using Bohlen–Pierce tuning.

The Bohlen–Pierce scale (BP scale) is a musical tuning and scale, first described in the 1970s, that offers an alternative to the octave-repeating scales typical in Western and other musics, specifically the equal tempered diatonic scale.

The interval 3:1 (often called by a new name, tritave) serves as the fundamental harmonic ratio, replacing the diatonic scale's 2:1 (the octave). For any pitch that is part of the BP scale, all pitches one or more tritaves higher or lower are part of the system as well, and are considered equivalent.

The BP scale divides the tritave into 13 steps, either equal tempered (the most popular form), or in a justly tuned version. Compared with octave-repeating scales, the BP scale's intervals are more consonant with certain types of acoustic spectra.

The scale was independently described by Heinz Bohlen, Kees van Prooijen and John R. Pierce. Pierce, who, with Max Mathews and others, published his discovery in 1984, renamed the Pierce 3579b scale and its chromatic variant the Bohlen–Pierce scale after learning of Bohlen's earlier publication.

William Fields is an artist and musician from the Philadelphia area whose work explores algorithmic composition, improvisation, and audio-visual correspondence.

His music has been released on labels such as Conditional, SUPERPANG, Kaer'Uiks, New York Haunted, and NOREMIXES. He has performed live throughout the United States and Canada. ... more

Bandcamp Daily  your guide to the world of Bandcamp

Alex Rita and Errol from Touching Bass feature in our special London edition of the Bandcamp Weekly.